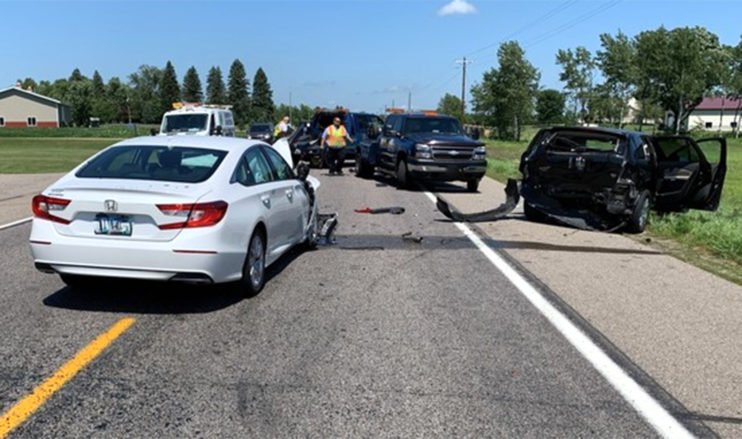 Two people were injured in a three-vehicle collision July 24 on CR 2.

The collision happened at 1:14 p.m. about three-quarters of a mile south of Interstate 94.

Thielen and Jolly were taken to St. Cloud Hospital for non-life-threatening injuries. 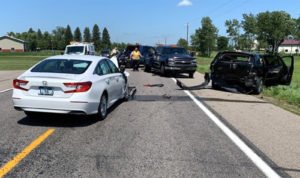