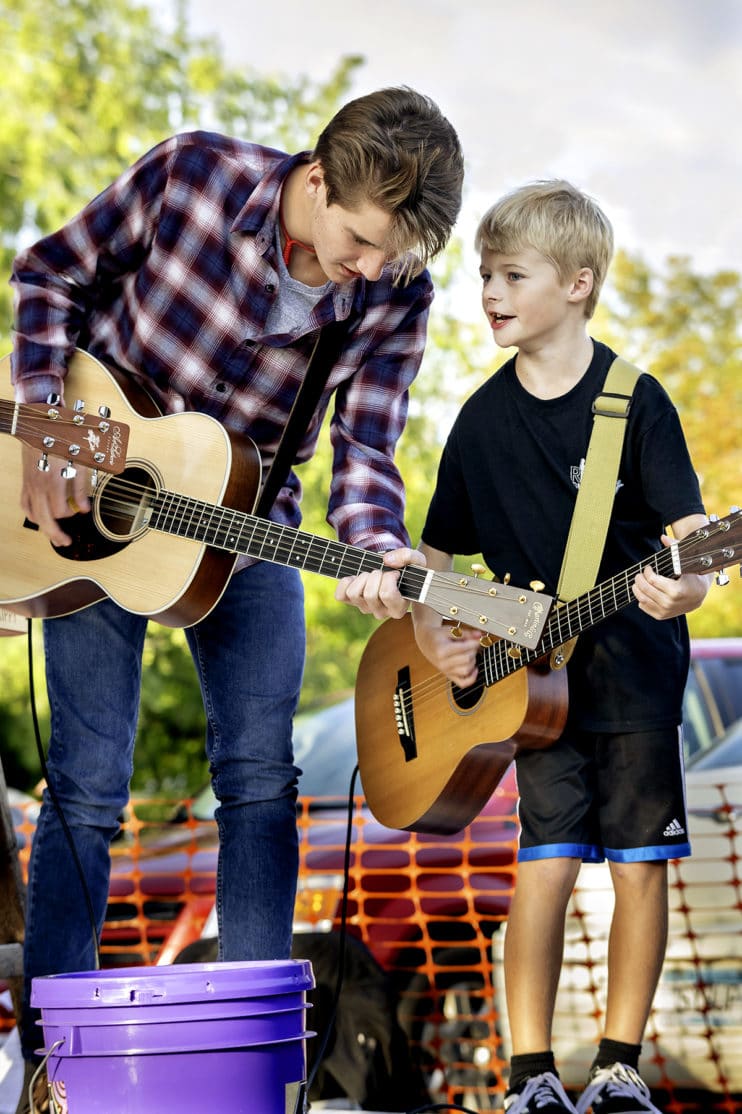 If you haven’t had a chance to check out the new location of the Bad Habit Brewing Co. in St. Joseph, you will have a chance to do so and also support the annual Rock 4 Alzheimer’s event from 1-8 p.m., Saturday, Sept. 14.

“This year, our fourth, we are very excited to stage Rock 4 Alzheimer’s in the parking lot of the all-new Bad Habit Brewery and continue to grow the event,” Jeff Vee said.

“Support from the community and sponsors alike has been incredible and we are beyond grateful for this,” Tommy Vee said.

The event will immediately follow the Alzheimer’s Association/Walk to End Alzheimer’s being held in St. Cloud.

“Sept. 14 is going to be a full day dedicated to raising awareness, critical funds and the ultimate goal of bringing people together who have been impacted by Alzheimer’s Disease and other dementias,” said Katrice Sisson, community engagement manager of the Alzheimer’s Association.

The day kicks off at Lake George with the St Cloud Walk to End Alzheimer’s. Registration is at 9 a.m., the opening ceremony is at 10 a.m., and the walk begins immediately afterward.

The Rock 4 Alzheimer’s will be in the parking lot adjacent to the Bad Habit’s new location and will be rocking when The Killer Vees, Slip Twister, Collective Unconscious, Walter’s Wheelhouse and The Future perform for the event.

In addition to the outdoor main stage, the event will also include a youth talent stage where younger area musicians can perform.

Jeff and Tommy Vee said since their father’s passing in 2016, due to complications from Alzheimer’s disease, they have become more and more passionate about the cause.

“You realize there are very few people who have not been touched by this horrible disease,” Jeff Vee said. “And everyone has a story. An event like Rock 4 Alzheimer’s not only can raise awareness and funds, it allows people to share their stories, get support and realize they are not alone in their struggle. This is one of the most important aspects of the event to us.”

“Every show we do, no matter what the theme is and no matter where we are, we pause and talk for a few minutes about Rock 4 Alzheimer’s and our experience, perform one of our dad’s tunes, and hopefully offer a sense of support to others (who) may be dealing with Alzheimer’s,” Tommy Vee said.

Sisson, who has been with the Alzheimer’s Association for five years, commented about the music/language/memory connections.

“Music has a way of transcending memory or even language when it is often lost or compromised due to a form of dementia,  such as Alzheimer’s disease,” she said.  “We have seen individuals (who) have been unable to speak for quite some time, still have the ability to sing every lyric to their favorite song or a familiar church hymn. The Rock 4 Alzheimer’s hopes to not only provide a ‘community’ and feeling of a safe place for caregivers and families to share their connections, but also to provide an outstanding concert of the top talent in our area to speak to parts of our brain that we can all hear and understand together.”

Many volunteers and organizations are involved in coordinating this event. Locally, some include Aaron Rieland and Eric Geier, from Bad Habit, and the many volunteers they coordinate, Jeny Meyer, who handles sponsorships and day-of-show coordination and Mary Kelm, who helps coordinate the youth talent stage.

“We are super excited for the event this year,” Rieland said. “We feel as though there is a lot of traction for the event after last year’s attendance. We are hoping for fantastic weather and a wonderful crowd of people to help support efforts in curbing this horrible disease. The bands, donors, volunteers are all so appreciated.”

The family-friendly event will include food vendors and Bad Habit beverages. Admission to the event is a free-will donation.

“We are super excited to be hosting this event at our new location,” Rieland said. “We are happy to have our own parking lot we can use for the event. It will give us the availability of about 50 percent more room. Our taproom is about twice the size of the old taproom and our patio is incredibly larger. We feel as though we have set up the venue nicely to accommodate a larger crowd in safer conditions.”

To date, the Rock 4 Alzheimer’s event with sponsors, donations and other contributions has raised about $77,000.

The Vees come from a music background and said supporting music and art in Central Minnesota, especially for young people, has been very important to their family. With the Rock Around The Clock Cathedral High School fundraiser, School of Rock, Joetown Rocks and Rock 4 Alzheimer’s events,  they have been bringing the area together around a rock-‘n’-roll music event for a good cause for many years.

A portion of the proceeds from the event will go toward the Bobby and Karen Vee Scholarship for Youth Arts and Music in Central Minnesota.

The Rock for Alzheimer’s event was created by Jeff Vee and Tommy Vee and the Irene Linn family in conjunction with the St. Cloud chapter of the Alzheimers Association of Minnesota and North Dakota and Bad Habit Brewing Co.

Jeff and Tommy Vee’s father, Bobby Vee, was a famous 1960s singer and musician who was diagnosed at age 67 in 2011 with Alzheimer’s disease. After his diagnosis, he performed at various retirement shows, including Joetown Rocks, an annual event he helped create. Bobby Vee died Oct. 24, 2016, at the age of 73.

The event is meant to raise awareness for Alzheimer’s disease locally and offer families and friends of Alzheimer’s patients a chance to listen to music and share their stories.

The Killer Vees were featured May 6, 2017, at the Purple Gala in Minneapolis, for helping to raise more than $1 million for a cure for the disease.

Alzheimer’s is one of the nation’s leading causes of death and is expected to increase as people continue to age.

According to the alz.org website,  Alzheimer’s is a type of dementia that causes problems with memory, thinking and behavior. Symptoms usually develop slowly and get worse over time, becoming severe enough to interfere with daily tasks.

To register for the St. Cloud Walk to End Alzheimer’s visit the stcloudwalk@alz.org website. To contact the 24/7 Alzheimer’s Association Helpline call 800-272-3900 for information and resources. 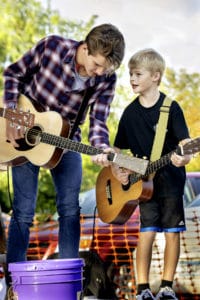 photo courtesy of Tony Peroutky
Bennett Velline and Will Veline (left to right) perform on the youth stage at last year’s Rock 4 Alzheimer’s event. This year’s event will take place from 1-8 pm. Saturday, Sept. 14 in the parking lot adjacent to the Bad Habit’s new location. 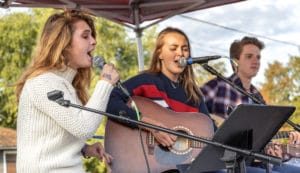 photo courtesy of Tony Peroutky
The Killer Vees perform at last year’s Rock 4 Alzheimer’s event. This is the fourth year the event has been held. 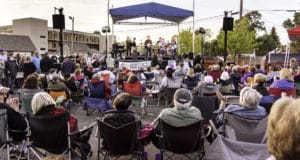