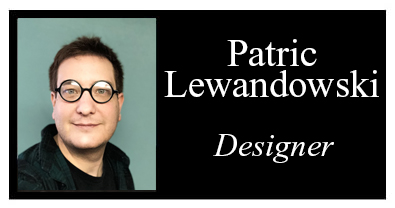 We always hear about the electoral college during presidential elections because it’s how we elect the president. Even though we all vote for a candidate, what actually matters is an arcane mathematical formula in which each state gets a proportionate number of electors to actually vote for the president. Our individual votes are supposed to tell our state’s electors whom to vote for.

The idea that a state, a geographic region drawn on a map, votes for a person seems crazy in today’s world. People vote, not land. Electoral votes are based on the population inside those random boundaries. This means a large physical,  but low-population state would have less electors than a state with a small physicality and larger population. The number of electors for each state is determined by population; how many representatives plus the two senators each state sends to the U.S. Congress.

This is the thing that’s given us our Red States versus Blue States mentality. Each side has its “safe” electoral votes, and only by getting 270 or more electoral votes nationwide can someone be president.

Hypothetically, this should correspond to who actually gets the most votes, but it doesn’t! In fact, it’s been shown this year, Joe Biden is only likely to win the presidency if he wins the national popular vote by 5 percent or more. Five percent of the votes cast in 2016, our most recent election, would be about 6.4 million votes. To put that into perspective, that is like not counting the votes of all the people (total population, not just voters) in Wyoming, Vermont, Alaska, North Dakota, South Dakota, Delaware, Rhode Island, and Montana combined. I would point out that those states are split evenly red and blue in the current election.

We have a system where someone can get millions more votes than their opponent and still lose! That’s insane. Hillary Clinton won the popular vote in 2016 by 3 million votes but still lost because of the electoral college.

Often, Republicans like the electoral college because losing the popular vote but winning the electoral college is their path to victory. To you fine folks I say that’s a bunch of malarkey. If the shoe was on the other foot, would you be OK with that ? If the blue team had won two out of the last five elections despite not having the popular vote, would you think that’s just fine?

Furthermore, Republicans in Minnesota, you live in a blue state. It’s a safely blue state. Wouldn’t you like your vote to go toward your candidate’s victory, rather than just being a number that has no effect on the race? Rural populations tend to vote Republican, but they don’t have the numbers to overcome the more populous urban centers that vote Democrat. There just aren’t as many people in all of rural Minnesota as there are in cities. And cities will tend to vote for Dems because larger population centers in a smaller physical space will require more public services than a widespread small rural population.

Everyone should want to abolish the electoral college because it gives more power to their individual votes. “But Patric,” you say, “don’t we live in a republic of states not of people?” And to that I say, nope! In fact, even if you think that’s what the founders intended, it was the Democratic Republicans under Jefferson and Madison who wanted that. Federalists such as Alexander Hamilton, John Adams and even George Washington, who never officially joined the party, believed we are not just a collection of states but one country with one rule and law that superseded states.

Our elections have evolved along with our democracy. Throughout our 200-plus-years history, we have expanded voting rights to women, Black people, non-land-owning males, changed the allotment of electoral votes, changed how we send senators to Congress, and more. We have a moral imperative to always strive for a more equal country. We must amend our U.S. Constitution, as we have many times in our nations’ history, to remove the electoral college. Your vote, red or blue, depends on it.