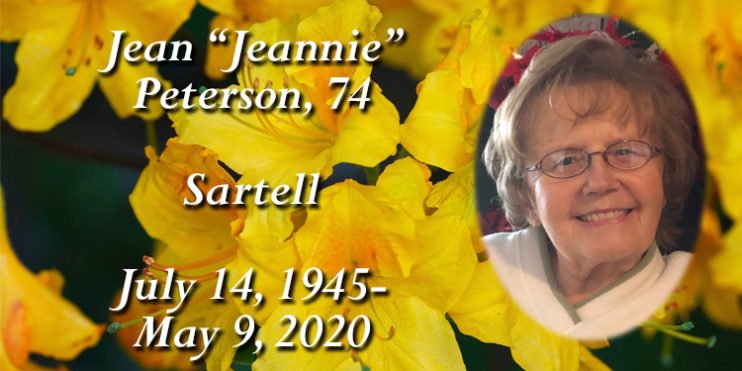 Jean “Jeannie” Peterson, 74, of Sartell, died May 9, 2020 after facing Multiple Sclerosis head on for more than 30 years. A celebration of life will be held at a later date.

She was preceded in death by her devoted husband Dan of 52 years; her parents; sister Janice; and brother in-laws Bradley Eilertson and Joe Jasper.

A full obituary will be printed in the May 15 edition of the Sartell-St. Stephen Newsleader.