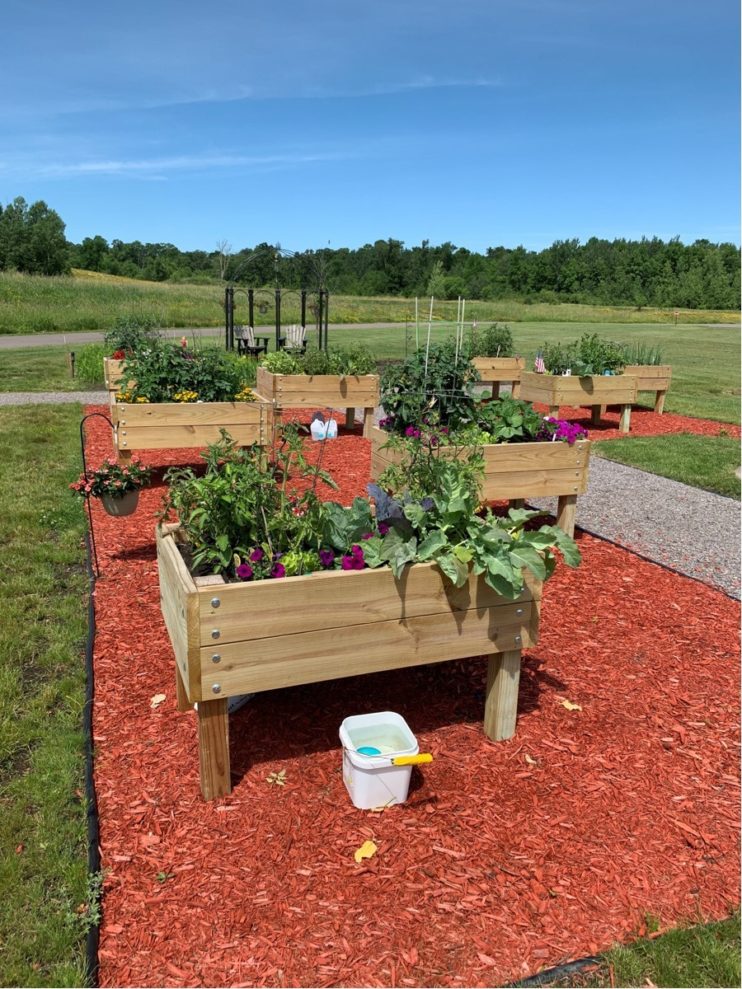 St. Joseph’s Woodcrest Country Manor residents spend their days enjoying their beautiful grounds filled with flowers, blooming trees, songbirds and a bustling duck pond. This summer raised-garden beds have been added for residents who are interested in getting back to gardening.

Thanks to the combined efforts of St. Joseph’s Knights of Columbus, American Legion, Lions Club, and Rod/Gun Club, who donated their time and carpentry skills to construct eight, heavy duty, wooden beds, a group of residents, calling themselves The Gardening Group, have planted summer veggies and seasonal flowers.

In a field once slated for a traditional vegetable garden, the raised beds are the perfect height to make gardening easier and less strenuous on the body.

“All tenants have a kitchenette in their homes and there are plenty of vegetables for everyone,” said Emily Frericks the Manor’s director of public relations. Frericks added there are more than enough vegetables for residents, so a basket is out in the lobby for staff and visitors to help themselves. 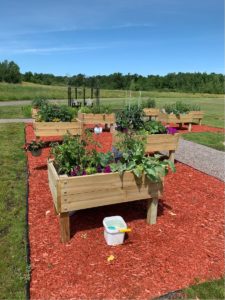 I have spent the majority of my working career teaching middle school and high school English or ESL classes with some sidelines as an event planner, gallery worker, writer, librarian, education curator and oddly enough, a biology technician. I grew up and still live by the former railroad tracks in lower Collegeville. I’ve done a great deal of traveling and have just one continent left to visit and it’s not Antarctica.