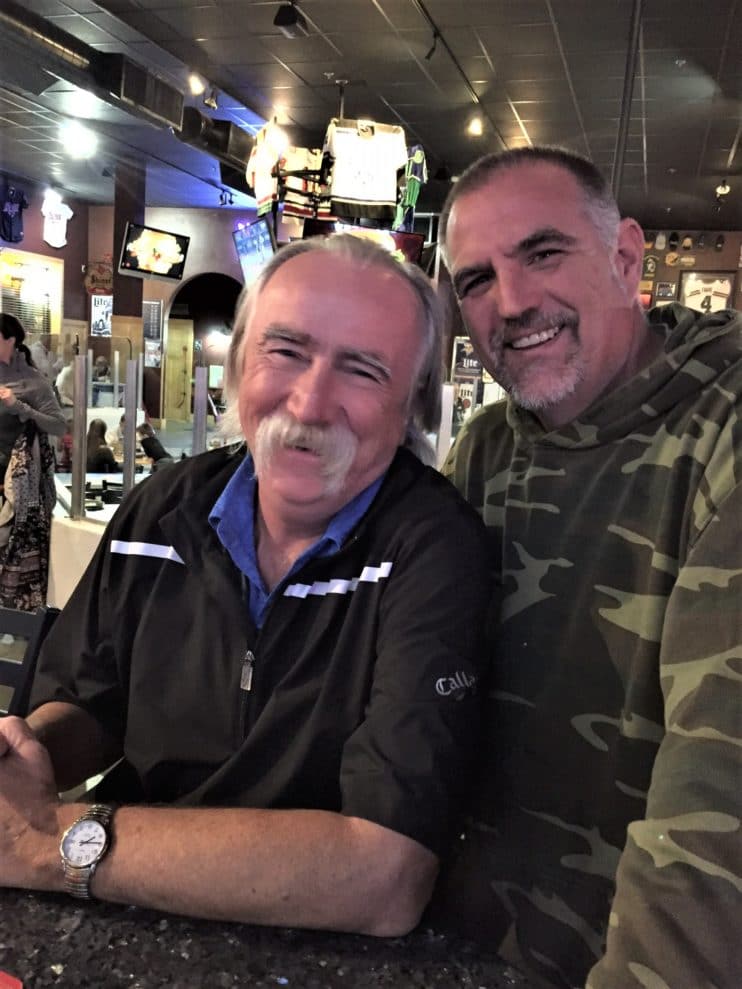 A golf benefit in memory of Gary Primus of Sartell (“the man with the mustache”) raised $8,700, and every cent of it was given recently to the Coborn Cancer Center’s Greatest Needs Fund.

Primus died Feb. 24 at home at age 63 of lung cancer eight years after his beloved wife, Terri, also died of that disease at age 62.

Gary’s survivors decided to donate to the cancer center because of the excellent, kind and compassionate care Gary received there during his treatments.

The idea for the fundraiser dubbed Gary’s Players at Blackberry Ridge Golf Course came from Kevin Primus, 55, also a Sartell resident. Those who competed in the tournament included many family members, friends, co-workers and acquaintances.

Brother Kevin reminisced about the brother he loved. A golf benefit was appropriate, Primus said, because Gary “lived and breathed golf,” frequently playing golf with buddies at Blackberry Ridge, Territory Golf Course in St. Cloud and many others.

“Gary was a kind, caring, good-hearted guy with an awesome sense of humor and with a laugh that if you heard it once, you never forgot it,” Primus said. “It was a low kind of chuckle-laugh. And he had a big-ass mustache that he was so proud of.”

Gary had a walrus mustache, the kind that actor Sam Elliott sported in his many cowboy movies.

For many years, Gary worked at Nahan Printing in St. Cloud where he served as supervisor and later as a color specialist.

The cancer that took his life was relentless – a vicious continuous assault on his body. Gary kept noticing a pain in his ribs and decided to have it checked out. Diagnostic tests showed cancer in his ribs and in one of his hips. Rapidly, the cancer then invaded his lungs and, still later, his brain. Surgery was required to remove at least some of the tumor in his brain.

“He went through a lot,” Primus said. “But he never lost his positive attitude, even through the worst of the ordeal.”

Family and friends were devastated by his death.

“Everybody liked Gary,” Primus said. “He was quite the guy. That’s why there were so many people at the golf benefit. Because they loved Gary and wanted to honor his memory. Dad died of a heart attack when I was only 21 so big-brother Gary became a really close brother. With dad gone, I would go to Gary for advice. He was like my second dad. He and I spent a lot of time on golf courses, having what we called quality B.S. time.”

Gary loved golf, bowling and spending lots of time with family – especially his grandkids. Gary and Terri had three children: Tim of Cold Spring; Tracy, also of Cold Spring; and Beth Klaverkamp of St. Cloud. There are eight grandchildren.

Gary and Kevin grew up in Albany, the sons of the late Leander Primus and his wife, Lorraine (now of Avon), who proudly attended with other family members the presentation ceremony of the $8,700 check at Coborn Cancer Center. The Primus brothers graduated from Albany High School. There are also a brother Tom, who lives in Colorado; and sister Judy Cigelski of Albany.

Kevin is employed by Knife River Construction in St. Cloud. He and wife Lisa have three children: Nick Gruba, 36, of Dalbo; Ryan Gruba, 33, of Foley; and Kelsey Gruba of Milaca. The children are Lisa’s from a previous marriage. They have two grandchildren.

“What I’ve learned from this,” Kevin said, “is that there are so many people with caring hearts and who were so happy to support the cause of raising money in memory of Gary.” 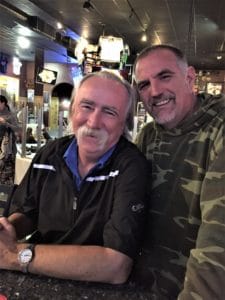 contributed photo
The late Gary Primus (left) and brother Kevin (right) have always been good buddies, especially after their father died of a heart attack when Kevin was 21. At that traumatic time, Kevin began to consider brother Gary his “second dad.”