Featuring more than 1,500 contestants from 42 states, five Canadian provinces and Australia, the NHSFR is the world’s largest rodeo. Contestants compete for more than $200,000 in prizes and more than $350,000 in college scholarships and a chance to be named an NHSFR National Champion. To earn this title, riders must finish in the top 20 based on their combined times/scores in the first two rounds – to advance to Saturday evenings final round. National Champions will then be determined based on their three-round combined times/ scores.

The Saturday championship performances were televised nationally as part of the Cinch High School Rodeo Tour series. To follow Erica at the NHSFR, visit NHSRA.org daily for complete results.

Erica would like to thank special individuals for their part in helping her achieve her goals. Throughout the years she has pursued her dream of competing at the NHSFR with the help of her professional trainers the Melby family – Ryan, Jane, Colton and Cayla. Traut also thanks her family – Dennis, Renee, Jared and Loren – for their love and support; her sponsors; and everyone who has encouraged her along the way. 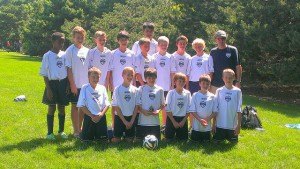 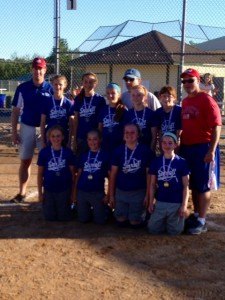 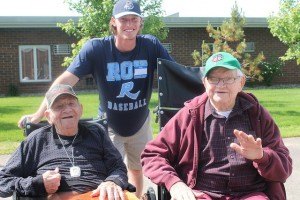 contributed photo
Country Manor residents Ed Opatz (left) and Earl Corrigan with St. Cloud Rox baseball player Kevin Burgee. The thrill of baseball filled the air on June 17 when players and staff from the St. Cloud Rox baseball association came to take part in the annual “Rox Baseball Block Party” at Country Manor Campus. Residents represented the sport well, dressed in baseball attire and caps and big-brimmed summer hats. Enthusiastic residents were treated to an array of baseball-themed games and even a special autograph session to commemorate America’s favorite pasttime and the beautiful summer day. The St. Cloud Rox visit allowed residents an opportunity to get to personally know the players they rooted for from the stands during the St. Cloud Rox Veterans’ Appreciation Night Game held July 20 in which residents who served our country were recognized, appreciated and honored throughout the game. 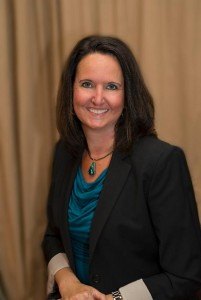 contributed photo
Melinda Vonderahe is the president/publisher for Times Media, a multi-media company whose product portfolio includes the St. Cloud Times and sctimes.com. With more than 18 years of digital sales, marketing and communications experience, Vonderahe’s expertise spans both the consumer and business-to-business realm and ranges from media buying to market research, as well as branding, sponsorship negotiations and product development. She earned her bachelor’s degree in marketing/management from the University of Cincinnati and her master’s degree with a concentration in marketing from Xavier University. She is married to Adam, her husband of 19 years, with whom she has three children: Madison (16), Reagan (13) and Carter (10) who all attend Sartell schools.

St. Cloud Orthopedics has been awarded a three-year term of accreditation in magnetic resonance imaging as the result of a recent review by the American College of Radiology. MRI is a noninvasive medical test that utilizes magnetic fields to produce anatomical images of internal body parts to help physicians diagnose and treat medical conditions.

The ACR gold seal of accreditation represents the highest level of image quality and patient safety. It’s awarded only to facilities meeting ACR Practice Guidelines and Technical Standards after a peer-review evaluation by board-certified physicians and medical physicists who are experts in the field. Image quality, personnel qualifications, adequacy of facility equipment, quality-control procedures, and quality-assurance programs are assessed. The findings are reported to the ACR Committee on Accreditation, which subsequently provides the practice with a comprehensive report they can use for continuous practice improvement.

“Being recognized as an MRI Accredited Facility from the top imaging accreditation organization in the country is a great honor for our practice,” Worzala said. “With our advanced MRI capabilities, we’re always looking for ways to safely identify and treat orthopedic injuries for better outcomes.”

The ACR is a national professional organization serving more than 36,000 diagnostic/interventional radiologists, radiation oncologists, nuclear medicine physicians and medical physicists with programs focusing on the practice of medical imaging and radiation oncology and the delivery of comprehensive health-care services.

Julie Karls of Sartell will participate in the Food Allergy Research and Education Walk Saturday, Aug. 2 in Bloomington. Her son was diagnosed with several food allergies at the age of 11 months in January 2014 and this is why she decided to support this cause. “It’s very important to me,” Karls said. “I’ve made a goal to raise $500 and would love to reach this goal!” Donations can be submitted online on her webpage at www.foodallergywalk.org/minneapolis2014/teambentley.

They are senior Kathryn Haglin and Meghann Teders; and somphomores Taylor Kruse and Cassidy Ross.

Students must achieve a 4.0 grade-point average to achieve this.

They are junior Tate Corcoran and senior Joshua Kremer.

Students must earn a minimum 3.5 grade-point average to achieve this.

Ethan Klaphake of St. Stephen was recently named to the spring dean’s honor list at Minnesota State University, Mankato. Students must earn a minimum 3.5 grade-point average to achieve this. Klaphake is a sophomore at MSU.

Brandon Yurczyk of Sartell was recently named to the spring president’s roll of honor at the University of North Dakota, Grand Forks. Students must earn a minimum 3.8 grade-point average to achieve this.

Two Sartell students were recently named to the spring dean’s list at the University of North Dakota, Grand Forks.

They are the following: Rachel Corcoran and Benjamin Davis. Student must be in the top 15 percent of their class to qualify.

Katherine Bailey, daughter of Alice and Stuart Bailey of Sartell, was recently named to the spring dean’s list at Winona (Minn.) State University.

Kyle Erickson, son of Sheri and Dave Erickson of Sartell, has been accepted for fall semester to the College of St. Scholastica, Duluth.

Senior Cassidy Swanson received the James B. Anderson English Scholarship. Established in 2001, this scholarship was created to honor James B. Anderson who was a professor in the English department. This award is intended for declared English majors with a minimum 3.5 grade-point average. The student received $1,500.

Jessica Condon and sophomore Courtney Goulet, both of Sartell, received the James W. Miller Family Scholarship. Both awards were $1,000. This scholarship is presented to first-year students from the 11 county Central Minnesota area. Applicants must have a good academic record and demonstrate financial need.

Natalie Hughes, of Sartell, was recently named to the spring dean’s list at the University of Wisconsin, River Falls. She is majoring in psychology. Students must earn a minimum grade-point average of 3.5.

Monte Pierskalla, of St. Stephen, was recently named to the dean’s list at St. Cloud Technical and Community College. To earn this honor, students must achieve a grade-point average of 3.5 to 3.9. 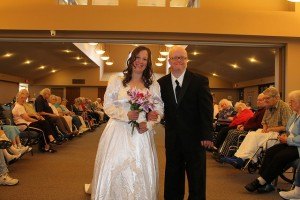 Country Manor Health Care and Rehab Center celebrated wedding season in style throughout the entire second week of June. Festivities included a bridal shower, bachelor party, wedding photo slideshow of staff and residents, the “not-so-newlywed” game, vow renewal ceremony, wedding reception and the resident favorite bridal fashion show. The bridal fashion show featured more than 40 dresses which were modeled by Country Manor staff, volunteers and residents. The crowd gasped and applauded at the beautiful bridal gowns, delicate bridesmaid and flowergirl dresses, and handsome groom and ringbearer apparel. Ensembles from every decade were proudly showcased, offering a little something for everyone to enjoy. Emotions of sentiment and pride were especially high for residents who asked for their own wedding dresses to be modeled in the show. Warm smiles spread across their faces as they relived those moments so dear to their hearts, watching their dresses walk down the aisle yet again.

The event was perfectly staged in Country Manor’s picturesque 7,000 square-foot Chapel complete with large exquisite stained-glass windows. Models were escorted by handsome tuxedo-clad men, and waltzed down the aisle to a background of subtle music. Wedding week at Country Manor Health Care and Rehab Center is designed to reminisce, share and celebrate some of life’s most special moments.

For more information about Country Manor Campus or to become a volunteer please visit www.countrymanorcampus.org or call 320-253-1920.

No political party owns the IRS

No political party owns the IRS