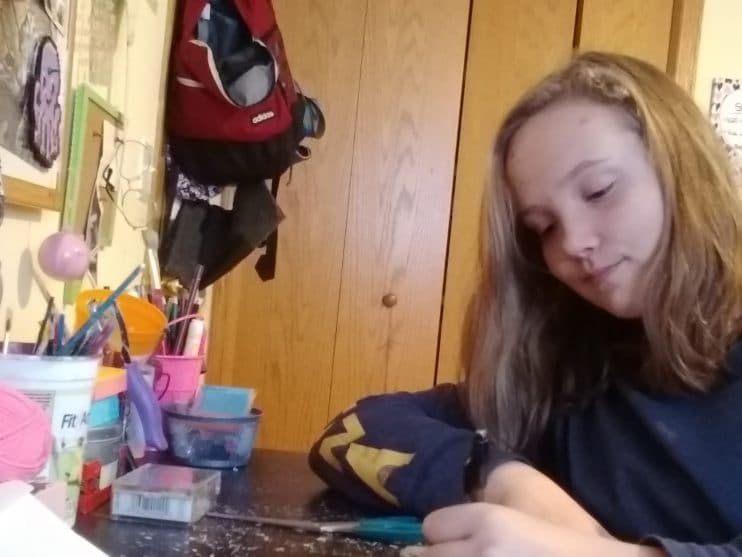 Grace Kuebelbeck of St. Joseph set an ambitious goal for herself and accomplished it. She planned to spread not just a little, but a large amount of kindness.

Kuebelbeck planned to do this by making a card for each student who attended school with her at Kennedy Community School, before they all left for winter break Friday, Dec. 20.

Kuebelbeck, an eighth-grader at the school, said she wanted to do this project “simply to make someone’s day.”

“School and life can be tough and I wanted to wish everyone a good break,” she said.

Kuebelbeck said she got the inspiration to do this project from her principal, Anna Willhite.

Willhite told Kuebelbeck that when Willhite was in school they would sometimes put nice notes on people’s lockers.

“I started small, in sixth grade and I put about two hundred cards on certain people’s lockers,” Kuebelbeck said. “I then expanded to all of the middle school levels in seventh grade. Now, I am (making them for) the entire school which will have me making about 825 cards.”

All of the cards Kuebelbeck made included hand-drawn artwork using markers and sometimes paint for a splatter effect. They also included a phrase such as “Happy Holidays,” “Enjoy your break” and more.

The cards were taped on student’s lockers on Dec. 19, the night before the last day of school before winter break. This took about two hours.

Kuebelbeck said some cards were misplaced while they were being put on the lockers and a student accidentally tossed a few of them not knowing what they were. She said she got cards to all the grades except eighth-grade and apologized to those students who noticed and asked her about it.

Students who received the cards were surprised and told their friends which card they received. One class thanked her.

“All I could see were smiles,” Kuebelbeck said. “I hope my cards will teach people how to be kind to others without expecting anything in return.

She also said she hoped that everyone has a “good and safe holiday.”

“Grace is a wonderful young woman,” said Willhite. “She is always looking for the good in others and finding ways to spread positivity and kindness to others. This project is among many that Grace has embarked on during her time here at Kennedy that gives back to our community. It is amazing to watch another one of our young and rising stars find a wonderful way to share kindness with others. Great job Grace.”

Besides creating the cards, Kuebelbeck has also created chalk portraits on the walls of Kennedy and paintings for teachers. 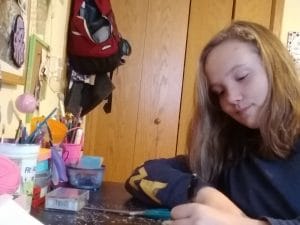 contributed photo
Kennedy Community School eighth-grader, Grace Kuebelbeck, works on some of the many cards she created for students at her school. She did this ambitious project simply to help “make someone’s day.” 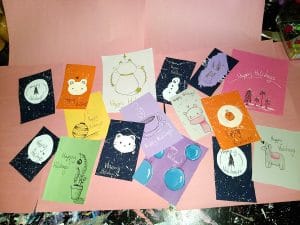 contributed photo
Kennedy Community School eighth-grader Grace Kuebelbeck created cards such as these for the students at the school and delivered them before students went on winter break. Her cards were hand-drawn using markers and sometimes paint for a splatter effect and a message was written inside the card. 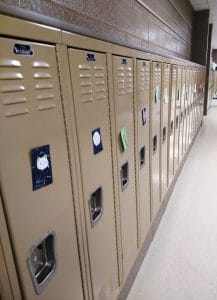 Kennedy Community School students were greeted Friday, Dec. 20, with cards on their lockers which were created by Grace Kuebelbeck.