More than 600 fans turned out at Bernick’s Arena in Sartell on Jan. 25 as the Blattner Energy Hockey Team hosted a free fundraising hockey game with the Minnesota Warriors veterans team that resulted in corporate, private and at-the-door donations topping $29,000 to benefit the veteran’s nonprofit club. The funds raised will be used to help to expand the organization to the southern part of Minnesota to involve veterans in that area; help support the newly created Minnesota Warrior Women’s Ice Hockey Team; and fund ice rental, travel and lodging costs plus league fees for teams who otherwise pay out of their pockets for those expenses.

Two Sartell students were named to the fall semester dean’s list at Bethel University, St. Paul. The students are sophomore Allison Bunkers and senior Brooke Hubert. The dean’s list honors students who achieve a grade-point average of 3.6 or higher.

Dylan Notsch of Sartell, a civil engineering major, was named to the fall semester dean’s list at the University of Wisconsin-Platteville. The College of Engineering, Mathematics and Science requires students to reach at least a 3.50 grade-point average.

Matt Coran has joined the Sartell-St. Stephen Education Foundation Board of Directors. Coran is a 2003 graduate of St. Cloud State University. After graduation, Coran joined American Heritage Bank and has been there ever since and currently serves as the St. Cloud market resident. He and his wife, Grace, have three children and have lived in Sartell since 2007.

Brady Jackels of St. Stephen graduated from St. Cloud State University on Dec. 20 with a bachelor’s degree in finance.

Kayla Nelson of St. Stephen was named to the fall semester dean’s list at the University of Minnesota-Twin Cities. To qualify for the dean’s list, a student must complete 12 or more letter-graded credits while attaining a 3.66 grade-point average.

Jenna Yang of Sartell was one of more than 2,800 University of Iowa students who participated in the 26th annual student-led Dance Marathon that raised more than $2.8 million for the University of Iowa Stead Family Children’s Hospital. Students, Dance Marathon leadership members and volunteers remained standing from 7 p.m. on Feb. 7 to 7 p.m. Feb. 8 to symbolize their support for the fight against pediatric cancer.

Five local students were named to the fall semester dean’s list at St. John’s University. The students are Dean Amundson, Ethan Berndt, Elliot Edeburn, Benjamin Hoeschen and Brandon Kramer. To be included on the dean’s list, students must have a semester grade-point average of at least 3.80 and have completed 12 credits.

Six Sartell students have been named to the fall semester dean’s list at the College of St. Benedict, St. Joseph. The students are Madison Flaherty, Shelby Hall, Breanna Hess, Haven Licht, Molly Mahowald and Hannah Wohletz. To be included in the dean’s list, students must have a grade-point average of at least 3.80 and have completed 12 credits.

Jacob Schumacher of Sartell graduated with a bachelor’s degree in biology Dec. 15 from the University of Wisconsin-Madison. 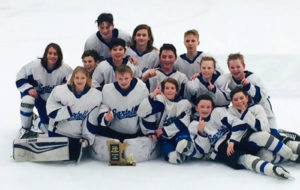 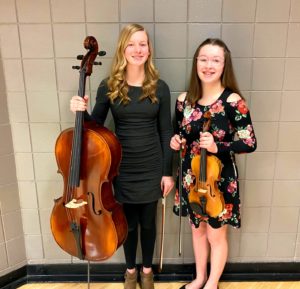 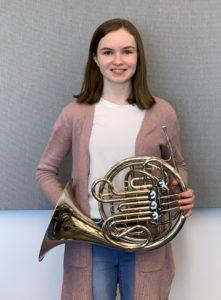 contributed photo
Sartell High School sophomore Twila Lefeber was selected as a member of the 2019-2020 Minnesota Band Directors Association 9-10th Grade Honor Band. Twila was selected from 260 students for one of the 89 positions in the group. The Honor Band will perform a concert at Marshall High School on April 19.