Seven St. Joseph students were named to the fall semester dean’s list at the University of Minnesota-Twin Cities. To qualify for the dean’s list, a student must complete 12 or more letter-graded credits while attaining a 3.66 grade-point average. The students are Logan Bakken, Kate Bechtold, Mitchell Shimak, Nicole Shimak, Caitlin Skahen, Kelli Spaniol and Alex Theisen.

Taylor Nordine and Riley Zimmer, both of St. Joseph,  were named to the fall semester honor list at Minnesota State University, Mankato. They earned a 3.5 to 3.99 grade-point average to qualify.

Elizabeth Botz of St. Joseph was recently named to the fall semester dean’s list at the College of St. Benedict, St. Joseph. To be included in the dean’s list, students must have a grade-point average of at least 3.80 and have completed 12 credits.

Thomas Hawkins of St. Joseph has been named to the fall semester dean’s list at St. John’s University, Collegeville. To be included on the dean’s list, students must have a semester grade-point average of at least 3.80 and have completed 12 credits.

Blattner, a nationwide renewable energy company based in Avon, announced its employees raised more than $140,000 for food shelves during its eighth annual food drive. Approximately 70 percent of the funds were raised at the corporate office and donated to seven food shelves in Central Minnesota as part of the Minnesota FoodShare March Campaign. The remaining contributions were raised at the project sites located throughout the United States and donated to those local food shelves in 13 states. 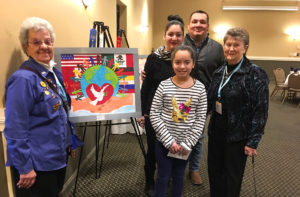