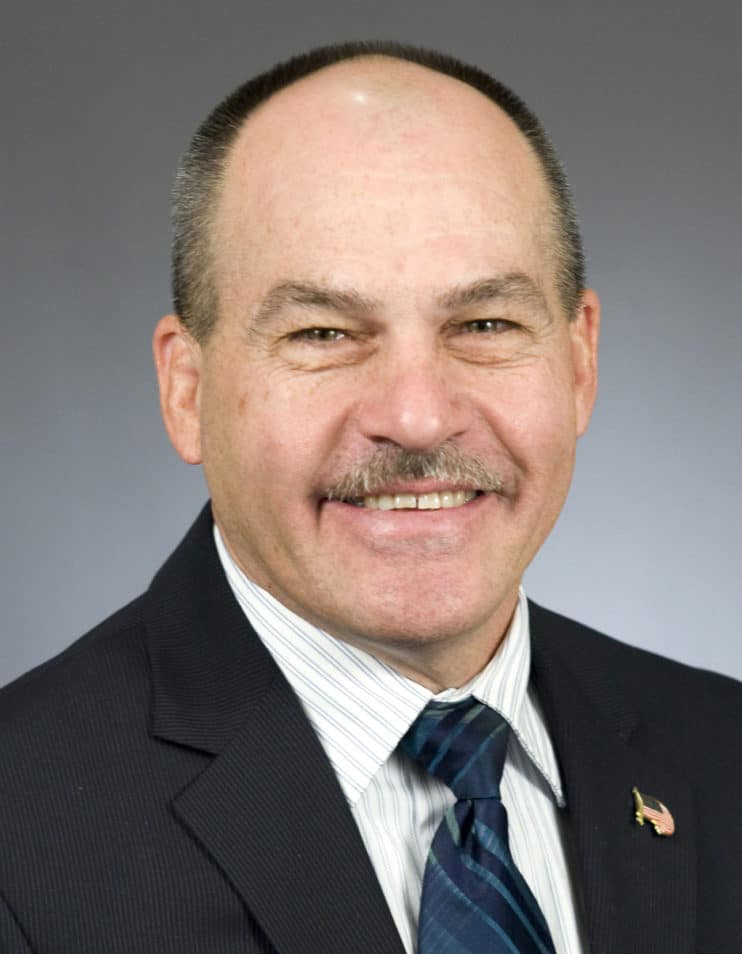 Rep. Jeff Howe (R-Rockville) is hoping to become a state senator after serving his constituents as a representative of District 13A for 15 years.

Howe’s opponent in the Nov. 6 election is Joe Perske of Sartell, who is currently serving as a Stearns County commissioner. This particular senate race is considered momentous because it will determine which political party controls the Minnesota Senate, which currently has 33 Democrats and 33 Republicans. The Howe-Perske contest is the only state-senate race on the ballot Nov. 6 because it is a “special election” to fill the seat vacated by Sen. Michelle Fischbach (R-Paynesville).

The Senate District 13 race is especially interesting because this year it’s the outcome of a reshuffling of the deck, a kind of political version of musical chairs. In January, U.S. Sen. Al Franken of Minnesota resigned, at which time Gov. Mark Dayton appointed then-lieutenant governor Tina Smith to fill Franken’s place until a special election Nov. 6. In the meantime, District 13 State Sen. Michelle Fischbach (R-Paynesville), who was president of the Minnesota Senate and who’d served as District 13 senator for 22 years, became lieutenant governor to replace Tina Smith. Into that vacuum stepped Perske and Howe to compete for the senate position.

Fischbach later announced she accepted an offer to be GOP Tim Pawlenty’s running mate in his bid to be, once again, governor.

Raised on a farm near Chokio, Howe, now 59, owns his own consulting business, has a bachelor’s degree from St. Cloud State University and is a long-time member of the Minnesota Army National Guard – a total of 35 years of service, including two deployments to Iraq. He is the recipient of two bronze stars. He also served aboard the USS Kitty Hawk when he was in the U.S. Navy during the Iranian hostage crisis.

Howe retired, with the rank of lieutenant-colonel, from the Guard last year

Howe served on the Rockville City Council and recently retired as a city firefighter after 27 years of service. He had been at various times fire chief, fire marshal and fire and emergency coordinator.

Howe is a member of the Minnesota National Guard Association, the VFW, the American Legion, the National Rifle Association, Military Officers Association of America and Disabled American Veterans.

As a legislator, he has served on the Transportation Committee, the Civil Law Committee and the Job-Growth Committee.

He said he is a strong believer of local government, a pro-business climate, lowering of taxes, the unfettering of free-market forces, fiscal responsibility and no more onerous unfunded state mandates to local communities.

“I understand the hard work and determination to make it through the year because I’m a small-business owner,” he said.

Some of Howe’s major policy positions are the following:

Local control and deciding what “we want” is important, he said, adding his years in government have shown him just how “corrosive” laws can be on small towns.

“Power should be given back to local communities where it belongs,” Howe said.

Howe said burdensome regulations and mandates are “brakes” on the free-market transactions that, if left alone, would greatly increase economic prosperity and good jobs in Minnesota. Along with that, he added, is the need for tax reform so children will not be in debt. The state, he said, must make a budget and stick to it just as families have to do.

The school-funding formula, Howe said, is so complex and difficult to understand it must be overhauled to make it simple, balanced and fair. The metro area, he said, should not receive $3,000 more per-pupil funding than rural schools.

“Roads, rails, transit – they must all be integrated, unlike now,” he said. “Now they are operated as separate entities.”

The state, Howe saod, must work constantly to improve the lives of veterans.

“Minnesota should be a veteran-friendly state, but it’s not,” he said. “We must change that and bring highly-trained and qualified veterans to Minnesota.” 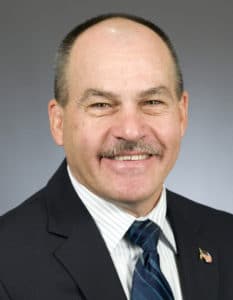