Biographical background: I was born in Alexandria, raised in Osakis; graduated from St. Cloud State University with a bachelor’s degree in education and also graduated from St. Cloud Technical College with an associate’s degree in computer operations. I’m a 30-year resident of St Joseph. I’ve spent 34 years as an information technology professional and am currently employed with Landis Gyr (subsidiary of Toshiba), global industry leader in metering solutions for electricity, gas, heat/cold and water for energy measurement solutions for utilities. I currently serve as the chairman of the St. Cloud Area Planning Organization; a board member (land use, annexation) for the Coalition of Greater Minnesota Cities; a member of the Independent School District 742 Core Planning Team; and am an active St. Joseph Lions member.

Why are you qualified to serve as mayor?

Well, I’ve been mayor for the last four years. I think that speaks well. Besides that, I care deeply about this city and I care deeply about the entirety of the city. A mayor needs a vision of what this city can be like, and I honestly believe this city has a great upside and will work for everyone in it, not just a few. I have the energy, responsibility, vision and desire to make this a model community as it grows, without sacrificing its past.

Please explain why having a mayor of the city is important.

The mayor has a number of roles that are both legislative and functional. The mayor’s role, however, extends well beyond officiating at council meetings or other municipal proceedings. Other important roles are providing leadership, promoting positive relationships and modeling good governance.

I see myself as the official head of the city: serving as the city’s representative before the Minnesota Legislature, federal agencies and other local governments; greeting important visitors, giving formal and informal talks and taking part in public events; exerting leadership in city affairs. (Because mayors of statutory cities lack significant individual authority, this frequently calls for tact rather than acts of direct control.); establishing and nurturing relationships with our community (residents, businesses, local community groups, peer municipalities, ISD 742, CSB and SJU); executing official documents; having power to make board and commission appointments; presiding officer at council meetings; declaring local emergencies; and election responsibilities.

The mayor establishes and advances city goals. As pseudo spokesman, the mayor generates interest in community projects, like Millstream Arts Festival, St. Joseph Chamber events, a water park/pool/splash pad, the 4th of July Festival and more. The mayor provides leadership by promoting citizen involvement in government, champions long-term planning, and promotes new programs and initiatives. The mayor should advocate the importance of long-term planning for a community — particularly when short-term considerations seem an easy solution.

There has been much disagreement about the council’s one-time plan to build a new city hall that would include a community room. How can the council proceed without any more confusion about that issue? Why were there so many misunderstandings that led to that controversy?

First, let’s not get too distracted. The city’s facility committee was tasked with reviewing the city’s facility footprint, to establish recommendations for a community center. After several months, the deviation to a community room inside the city hall was the initial recommendation, with a separate group tasked to come up with a community-center recommendation. The community room was meant to be a short-term measure until a community center could be built. The city’s communication methods always come into play, as does resident expectations and the need of better community involvement as projects such as this proceed. While many of the meetings were public with some special community-input sessions held, it never seemed to be enough.

As you read this, you may realize the city is already moving forward to include more resident, business (community stakeholders) involvement. We’ve hired a neutral facilitator to review the past steps the city went through and with the help of a citizen-centered group, again go through the steps of reviewing the city’s facility footprint, to develop recommendations with future facilities in mind. These recommendations could amount to similar work done by the facility committee, with the city council taking action (or not) when the process is complete.

Relationship(s) have ebb and tide. There remains a certain animosity between the weekend student escapades and the affected area residents subject to these exploits. But, the city, especially our police force, works extremely hard to ensure the least amount of disruption occurs. The city does recognize there is a benefit and revenue from the college and students presence; however, there is a large disparity in property tax revenue from educational/ecclesiastical exemption.  I will continue to encourage the growth and development of university/student relations. I’ve met with Dr. Hinton a couple of times and expect this relationship to grow. City staff will continue to meet with university officials on a regular basis. It’s in everyone’s best interest to cultivate these relationships.

Which city services, if any, would you trim or eliminate entirely if a severe budget crisis should happen?

As in the past, our Capital Investment Program would be subject of budget shortfalls. I would seek suggestions on moving projects to a later date, thus delaying road or other regularly scheduled maintenance budget items or eliminate items altogether. Depending on your definition of extreme, the largest budget item for the city remains salaries. If push came to shove, the city could explore employee reductions, provided necessary and expected services are maintained. I would recommend elimination of convenience services, which may not be mandatory in nature. 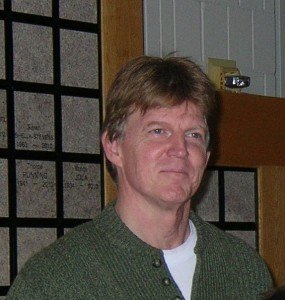