On Oct. 1 the dome covering Sta-Fit’s tennis courts rose again. It had been deflated during a March ice storm.

The newly inflated dome will cover five tennis courts. One of the first events scheduled is a sectional high school tennis tournament on Thursday, Oct. 4. 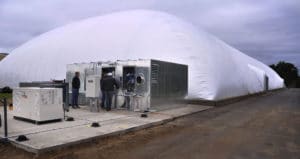 photo by Mike Knaak
Workers monitor the equipment as the tennis dome inflates at Sta-Fit Oct. 1. The dome was damaged in a March ice storm. When it’s fully inflated it will cover five tennis courts at the fitness center on Pinecone Road in Sartell. 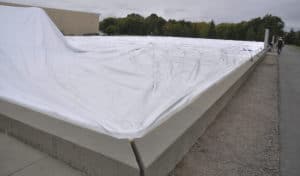 photo by Mike Knaak
Inflation of the dome fabric begins on Oct. 1. 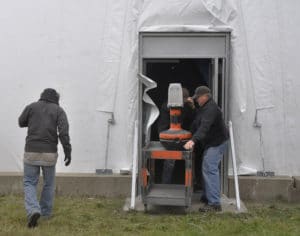 photo by Mike Knaak
Workers hold on to their hats and hoods as they enter the dome to install light fixtures. The same pressure that holds the dome up also pushes out when a door is opened.