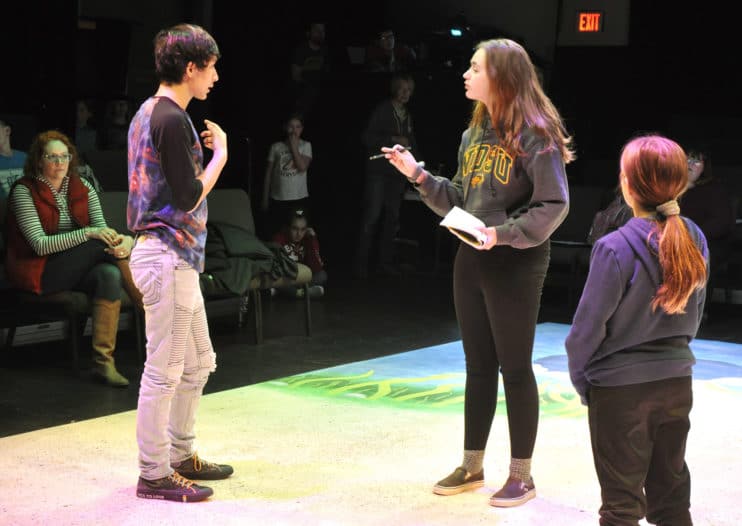 When Grace Radeke debuted on a theater stage 10 years ago, it was as dancing cutlery. At age 7, she played a fork in GREAT Theatre’s production of “Beauty and the Beast.”

Grace decided to explore directing because of experiences she’s had as an actor.

“I have known a lot of really great directors at school and here,” Grace said last week following a rehearsal. “I’ve looked up to them a lot. They are amazing people. I have a lot of opinions on how things should be done. After criticizing a show, mom said ‘you should direct.’”

“The Rainbow Fish Musical,” based on a popular children’s book, features 14 actors, ages 8-17.

Directing, Grace says, is “great. I thought I wouldn’t like it as much as I do. I like working with kids. I was worried I wouldn’t know how to interact with them. I’m an animated person and that works with kids. They are very energizing. If I’ve had a terrible day at school I come here and it lights up my day.”

For this production, GREAT Theatre teamed mentors with young leaders for seven behind-the-scenes roles including director, choreographer and designer.

The mentoring experience is a first for the theater company.

“We wondered what can we offer high school students that isn’t available elsewhere,” Norton Dando said of the mentoring plan. “Kids are creative and have stories to tell. We respect them and let them show their talents. As human beings we all have things to say.”

“We meet before rehearsal to talk about ideas for the story, how to make fun rehearsals,” said Dando Norton, who has taught high school theater for 15 years.

Grace’s steps to stage began when her mother asked if she wanted to be in a play.

“She thought it would be good for me,” Grace said. “We went to ‘Beauty and the Beast’ auditions. I didn’t have any idea what I was going to be doing. I had this vision of only me on stage as a dancing fork. I was only in two scenes. I had the idea theater is a lot of sitting.”

A few years later, she earned a role in “Annie” and she’s also played Fiona in “Shrek” and Happy in “Snow White.”

Musicals are her favorites and she’s planning a career in theater or music education.

In addition to her mother, her grandmother has encouraged her theatrical passion. Grace is a junior at Sartell High School and lives in Sartell with her parents, Kate and Paul, and sister, Ava. 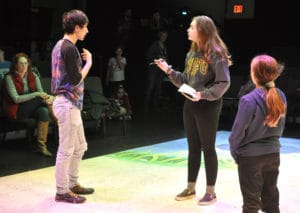 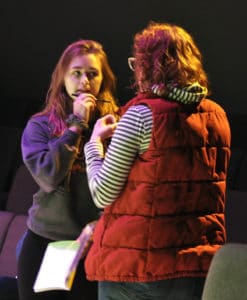 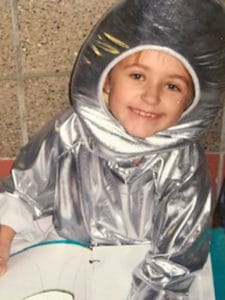 contributed photo
Grace Radeke’s first role was a fork in “Beauty and the Beast.”