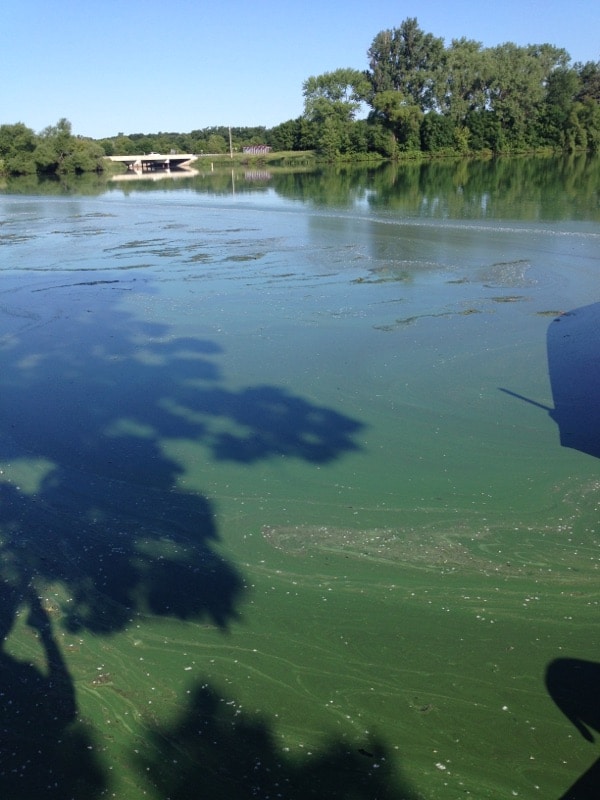 At long last, the Little Rock Lake and Mississippi River drawdown project is about to begin – on Thursday, Aug. 1.

On that day, the Sartell dam will be opened to decrease lake and river water levels by three feet, a process that will take about 30 hours. The levels will remain low for about six weeks, to mid-September. About 700 acres will be exposed to air and sunlight during the drawdown. Beneficial plants known as emergents will then be planted in the exposed areas. The shipments of many thousands of the emergents will be delivered to the Little Rock Lake Association for volunteers and shoreline residents to plant in the first few days after the drawdown begins.

Residents of the lake and river will still be able to use the water for recreation and for fishing. However, the Department of Natural Resources is advising boaters to be extra vigilant, on the lookout for rocks and other objects that will be exposed because of the lower water levels. Public accesses will remain open as the DNR does maintenance on them.

People of the area will notice a very unpleasant smell of rotting algae — the sulphurous odor of rotting eggs.

The drawdown, which was in the planning stages for nearly 10 years, was slated to begin last August, but it had to be delayed to do more research that would satisfy federal rules and regulations.

Why the drawdown? The answer, in two words, is “green slime” (blooms of detrimental algae caused be excess nutrients such as phosphorus). That problem makes Little Rock Lake virtually unfit for recreation and detrimental to fish, migrating birds and wildlife. The lower water levels will expose lake/river areas to oxygen and sunlight, causing “bad” vegetation to die off, and beneficial plants can then establish themselves in those areas – vegetation that can absorb and process nutrients in the water, thus increasing water clarity and making the areas good for fish, birds and wildlife.

The drawdown, the DNR explained, is actually a kind of artificial man-made drought. For thousands of years, the Mississippi River underwent natural drought cycles that would kill off undesirable vegetation and create stability in sediments. But river dams changed all that, interfering with the natural cycles or water-and-droughts. The Sartell dam was constructed in 1907. That caused the Little Rock Lake area, which was just a stream-fed watershed basin, to fill with water, raising its level and creating a lake there.

Little Rock Lake is 2.27 square miles in size. Its average depth is 8 feet. Its deepest depth is about 28 feet. In the past, various “remedies” were attempted with the goal of reducing undesirable nutrients that cause algal blooms. Such attempts included alternate farming methods in the watershed area, irrigation, manure management and septic-system upgrades. Those things helped somewhat, but in time the lake problems became so bad that the lake became unswimmable, at times foul smelling and so filled with algae that it could actually kill a dog that would wander into the water.

The drawdown will cost about $200,000 and is being done by the DNR, with input from the Little Rock Lake Association, Eagle Creek Energy (owner of the hydroelectric dam) and many other civic organizations and individuals. 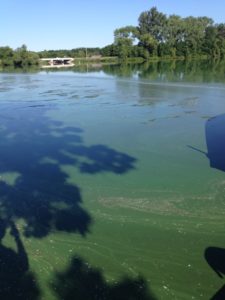 contributed photo
This photo, taken at Little Rock Lake, shows the slime-green algae bloom that has long plagued the lake.