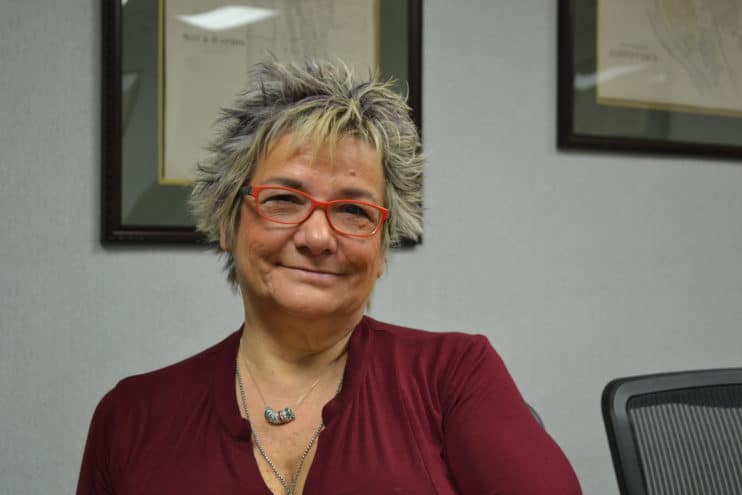 It is a necessary, but difficult part of the job for AG Hout.

As program manager and continuum of care coordinator for the Central Minnesota Housing Partnership, Hout and her team spend one day every year tracking down and compiling information on those without a home.

Known as the point-in-time count, trained staff spend one day, during the last 10 days of January, tracking down and logging various characteristics about those experiencing homelessness.

“We do the point-in-time count for several reasons,” Hout said. “One, it is required by HUD (U.S. Department of Housing and Urban Development). And we in the state of Minnesota choose to do it every year because it gives us a snapshot of where we are at with our homeless numbers.”

“About four or five years ago, at least in central Minnesota we had a large amount of homeless vets,” she said. “And because of the plethora of funding that has been infused to house homeless vets, we have noticed the number has gone down drastically.”

Across Minnesota, Hout said the amount of resources and funding specifically targeted toward veterans experiencing homelessness has dropped that number down to what Hout described as “functional zero.”

“It doesn’t mean there aren’t any homeless vets,” Hout said. “What it does mean is if a veteran becomes homeless and wants assistance, a homeless vet can get assistance right away.”

And while that’s been seen as a victory for CMHP and other organizations who work with populations experiencing homelessness, the new face of homelessness has been getting younger.

She said the influx in the number of youth experiencing homelessness can be attributed to a number of reasons, including an unstable home environment.

“We have noticed many of them do come from the foster-care system,” she said.

Limited resources currently exist for youth experiencing homelessness. For those under the age of 18, Hout said many will have their cases referred to child welfare services. Others will be able to seek refuge at programs like the Catholic Charities Supportive Housing for Youth Program. Still others, she finds, will end up sleeping in their cars (if they have one) or couch surfing with friends – which is referred to as doubling up.

“What we are finding (among all populations experiencing homelessness), not everyone in the state of Minnesota counts doubled up or does a survey of those doubled up,” she said. “We do in central Minnesota, because we are finding, especially in the rural areas and even around St. Cloud, you are more apt to throw somebody on your couch than let them freeze outside. Unfortunately, they don’t count as homeless under HUD. But we still need to know those numbers. And the majority of the people we find around here are doubled up.”

For youth especially, homelessness can lead to other, more dangerous paths.

“Another thing that happens to our youth is they are a prime target for traffickers,” Hout said, “which is a big issue for this area.”

“There’s very little additional funding,” Hout said. “What you have to do is then analyze the services you do have and maybe move some services around. An example being you would maybe take a program not as needed for those who are chronically homeless and remove the funding from that program and add a program for youth.”

But what Hout said she believes will help develop a longer-term solution to the growing number of homelessness particularly in Stearns, Benton, Sherburne and Wright counties, is to build more affordable housing.

“The cost of rental units (has been a challenge),” she said. “There is no affordable housing. There is nowhere to put people. And there is a perception we don’t need any.”

Hout said stereotypes of people experiencing homelessness have also not helped to draw attention to the issue.

“There’s still that old, old adage of pulling yourself up by the bootstraps and they think of all of the homeless people as derelict hobos from the 1950s,” she said. “Not realizing, not wanting to realize the face of homelessness has changed. Other regions are building. Other counties are building. We are not.”

And until then, Hout fears future point-in-time count numbers will continue to be more of the same. 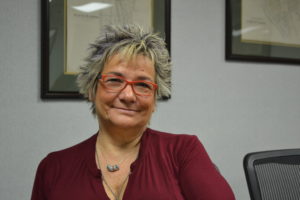 photo by Vicki Ikeogu
Central Minnesota Housing Partnership Program Manager and Continuum of Care Coordinator AG Hout discusses the 2018 point-in-time count conducted on Jan. 24. The count is one method the area uses to document people who are experiencing homelessness. 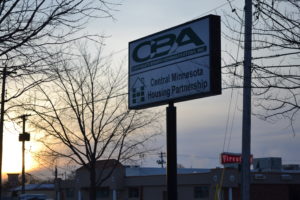 photo by Vicki Ikeogu
The Central Minnesota Housing Partnership’s Continuum of Care program recently conducted a point-in-time count for the population within central Minnesota who is experiencing homelessness.

Vicki Ikeogu is a local freelance reporter from St. Cloud. Ikeogu is a 2015 mass communications graduate from St. Cloud State University. Ikeogu was previously the business reporter at the St. Cloud Times. She currently works as a transportation planner for the Saint Cloud Area Planning Organization.