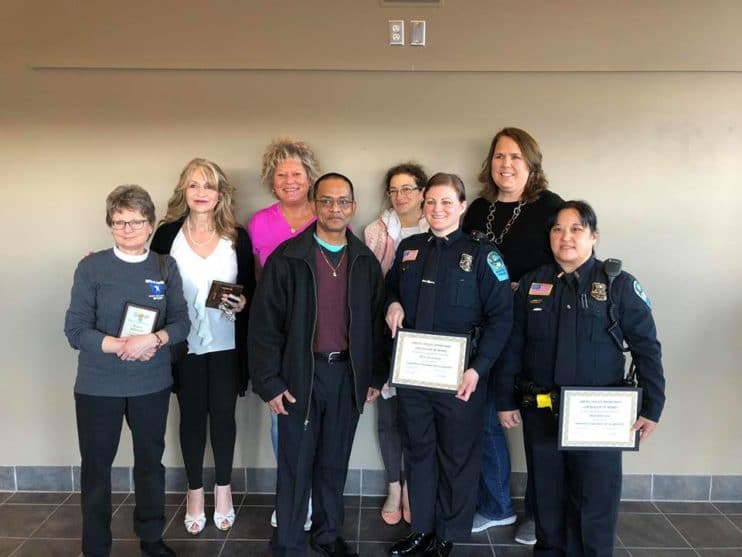 Ten people were honored with Lifesaving Awards and one man was given a Meritorious Service Award by Sartell Police Chief Jim Hughes at the April 8 City Council meeting.

In presenting the award to Ackerman, Hughes praised him for the countless hours he has given to the Sartell Reserve Officer program.

Ackerman signed on as a volunteer Reserve officer in 2004. Seven years later, he was named coordinator of the program, which is led by police officer Kelly Mader.

Through the years, he coordinated Reserve officer duties and schedules for many Sartell events, including such well-attended happenings as the annual Sartell SummerFest (its parade, street dance, fireworks) and the annual Apple Duathlon.

Hughes said Ackerman’s hard work and dedication to the Reserve program has been so vital that the program could not likely exist without him.

The woman said her husband was on the floor and unresponsive. As the dispatcher instructed her in CPR, two Sartell police – Frieler and Batterberry – rushed to the scene to help out. Thanks to their quick thinking and decisive action, the man’s pulse returned and he has since recovered.

Hughes praised their professionalism as he handed them their Lifesaving Awards.

Thanks to the quick-thinking efforts of five people working as a team, a man’s life was saved after suffering sudden cardiac arrest.

It happened Dec. 4, 2018, right outside of the Sartell-St. Stephen District Services building. A man had collapsed on the ground after leaving the building.

After calling 911, staff members inside the building coordinated quickly to help save the man’s life, including one of them using an automated external defibrillator on the man, which restored a heart beat. In the meantime, police officers Lane and Lundquist rushed to the scene and helped out. The man was whisked off to the hospital where he spent a couple weeks, making a full recovery.

As he presented Lifesaving Awards to the seven women, Hughes praised them for their fast responses and their excellent teamwork. The honorees from the school district were all present at the council meeting to accept their awards.

The man whose life they saved, Ujjal Gomes, was also present at the meeting. He said he remembered waking up in the hospital not knowing what had happened to him. Gomes, at the podium, thanked the women and said he hopes someday he will get a chance to save someone’s life, too. 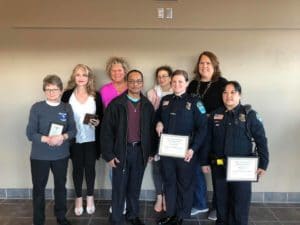 contributed photo
Ujjal Gomes (middle front) is the parent whose life was saved, thanks to teamwork by the seven women in the photo, five of them employees of the Sartell-St. Stephen school district and two of them police officers. They were honored with Lifesaving Awards presented by Sartell Police Chief Jim Hughes during a ceremony at the April 8 City Council meeting. From left to right are Karen Atkinson, facility scheduler; Lori Traut, paraprofessional; Dianne Amundson, bus driver; Gomes; Heidi Schmidt, speech pathologist; police officer Jill Lundquist; Kristine O’Brien, community-education director; and police officer Shelby Lane. 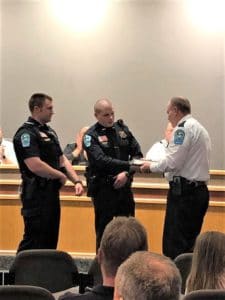 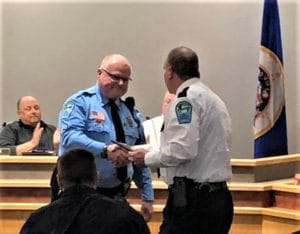